Lola Blanc has quite an interesting background. For one, she was a child ventriloquist, and she briefly believed in a self-proclaimed prophet who became a cult leader, as self-proclaimed prophets often do. She also co-wrote Britney Spears’ single “Ooh La La” in 2013 and reached number 3 as an artist on Billboard’s Next Big Sound chart in 2014.

Her music video for her new song, Don’t Say You Do, comes out the first week of November, along with a sketch she wrote and co-directed about consent. She feels strongly about changing rape culture into a culture of consent.

READ MORE: Harry Hudson gets in his feels on new single “Cry for Love”

“Itâ€™s just a silly sketch I wrote in which bros in a gym are bro-ing down about how dope consent is,” she said “But like so many other women, Iâ€™ve had way too many experiences where my consent wasnâ€™t asked for or considered, so the idea of so-called ‘locker room talk’ actually meaning talking about caring how a woman felt about a sexual encounter seems ridiculous.”

The new video for Don’t Say You Do, is also a landmark for her because not only is it the first one that she actually co-directed, but it’s the most cinematic piece she’s ever done. “It makes me super excited to direct more projects,” she said.

Lola is also an actress, having been featured on American Horror Story: Hotel and has a small role in the upcoming film Under the Silver Lake, with Andrew Garfield. She started acting as a kid, but revealed that after attending just two auditions, she stopped because the process was too terrifying.

“I was supremely shy at that age and I couldnâ€™t handle the rejection, so I stuffed away my love for it for years. And now Iâ€™m back,” she said. She notes that Winona Ryder, Helena Bonham Carter, Rose McGowan, Fairuza Balik, and Christina Ricci are her favorite actresses. “All the goth icons. I want to be the next goth icon,” she said.

Lola has contributed for VICE, publishing articles about her own experiences believing in a cult leader, and ageism in the music industry.

She started writing songs when she was 9. “I loved the Spice Girls with such fervor, I knew I wanted to do that with my life,” she said, “It wasnâ€™t until I was a teenager that I got into ‘real’ music, so it all started with pop and country. But then I discovered punk, and then indie rock, and then jazz, and my head exploded.”

“If Tim Burton and Tom Waits had a lovechild that somehow turned out to be a female pop singer it’d be me,” she said. For her next releases, she wants to create more of a theatrical production by making the instrumentations bigger and weirder.

She notes that Fiona Apple, Ella Fitzgerald and Tom Waits are some of her favorite artists and inspirations. “And Iâ€™m late to the Kate Bush game, but holy shit that woman blows my mind,” she said.

Yup, Taylor Swift literally died in her “Look What You Made Me Do” video

As far as her background goes, she thinks her childhood instilled in her a hunger for things that are out of the ordinary. She grew up in a Mormon household on a farm in Michigan, to a father who was a CIA agent and a mother who was a motivational speaker. She reveals that she practiced ventriloquy as a child.

“And my adulthood spent in LA has given me the ability to reshape my narrative, to take things that feel like failures, like pain, and find ways to spin them into my own personal gold,” she said.

Browse through our shoot with Lola here. 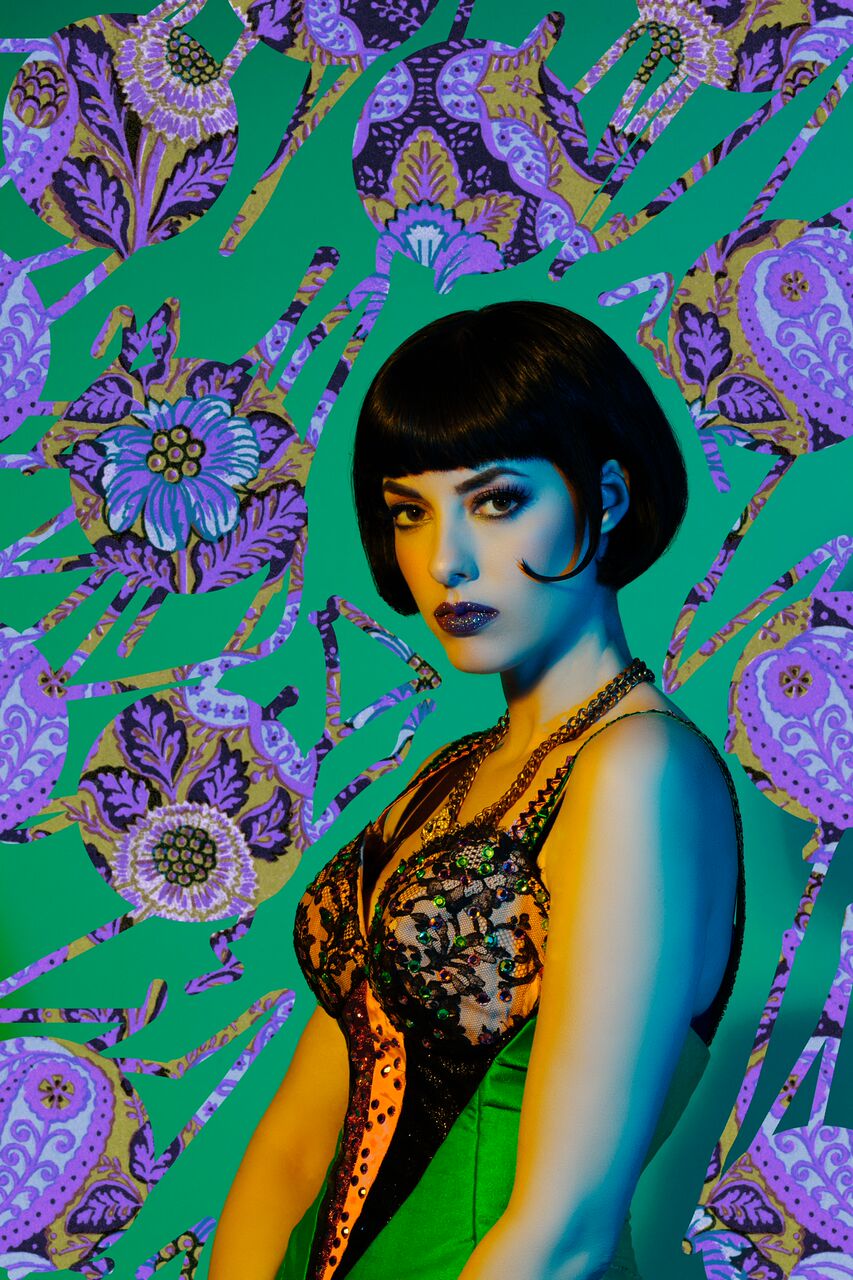