The Wondrous Looks Of RuPaul With the announcement of the new season of Drag Race and its prominent array of celebrity judges, the spotlight is alighting on RuPaul. And of course she wouldn’t have it any other way, with her Queen Bee sense of style and fabulous Prima Donna attitude. RuPaul has always been a champion of confident frivolity when it comes to style. This is why she was such a icon in the 90’s, the decade of excess. In honor of the brand new season, here are RuPaul’s top 5 most fabulous 90’s looks.

Very few can pull off a full on head piece like this one. Paired with an ostentatious polka dot pattern, the look borders on obnoxious. But with an attitude like RuPaul’s, most anything can be fabulous. Even gaudy resort wear. 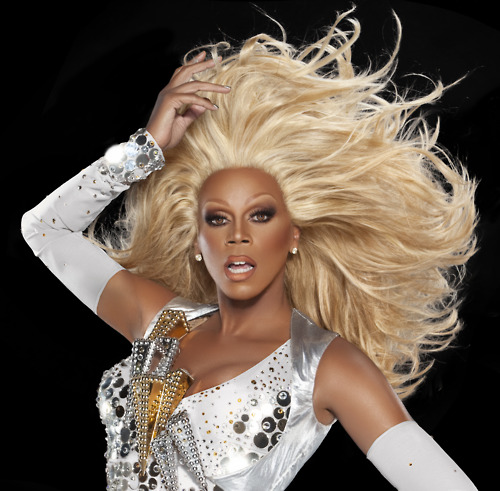 The frosty blonde hair and bejeweled power-suit make for a very retro party queen look. Kanye West wishes he could look that iced out while still maintaining a degree of sex appeal. 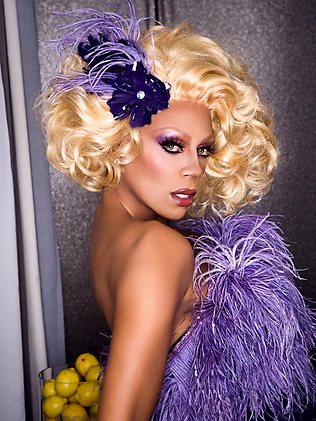 Is it Christina Aguilera? Is it a new Victoria’s Secret Angel? Of course not! It’s RuPaul with a seductive blonde bob and feather fringed frock. We know, we want her hair stylists number too.

The bouffant hair, the zig zag print, it is all too much! Or rather just enough to keep up with RuPaul and her seemingly endlessly energized personality.

Ok not your average definition of elegance with the paisley palazzo pants but as with every look that she tries, RuPaul owns with class and finesse. And just look at that stage presence? There is no one who can outshine her.