Selena Gomez already came out with a â€œBad Liarâ€ music video when the song premiered last month, but for some reason she decided to put out a second one today. Only instead of calling it a â€œmusic videoâ€ she called it a â€œfilm.â€

And instead of rolling around on a bed in a nightgown and a rehab bracelet, in â€œBad Liarâ€ the film Selena gets involved in a bizarre teacher love triangle. And to show off her acting chops, she plays all the parties involved.

Even a crotch-readjusting middle-aged man in glasses.

Perhaps due to Selenaâ€™s own love of flared pants, the â€œBad Liarâ€ film takes place in a 1970s high school.

Selena plays a teen with no friends: 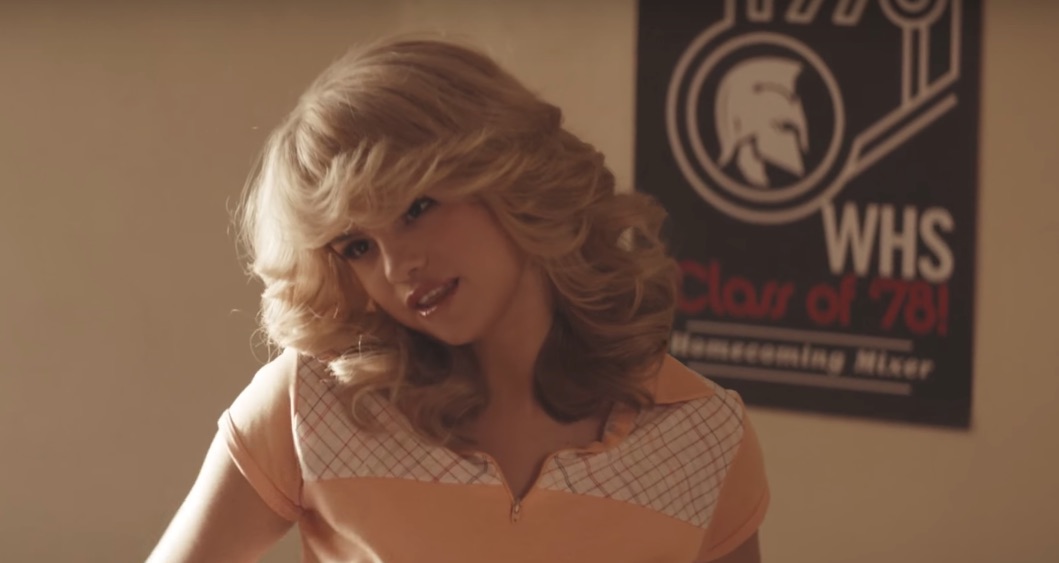 And the mom of the outsider teen who also happens to be married to the middle-aged bespectacled teacher: And unbeknownst to her father, he and Selena the teen both have a crush on Selena the gym coach.

While Selena the teen keeps a Polaroid of Selena the gym coach in her bedroom â€“ which TBH I have a lot of questions about â€“ Selena the man sneaks into the boyâ€™s locker room to readjust his crotch while looking at her.

And by her, I mean Selena the gym coach. Because it would be a whole different kind of music video if he was looking at his daughter that way.

Still, the whole film is kind of creepy, but you have to admit, it definitely tells a story.

And just when you think the film is over, the screen fills with the words â€œcoming soonâ€ and â€œfetish.â€