Celebrity has always been connected in some way to unapologetic badassery. It isn’t the good girls and boys who we see splashed across magazine covers, it is those who speak loudly and sew controversy and opinion with their words. The mug shot is beginning to take the place of the head shot when it comes to celebrity memorabilia, and over time there have been quite a few notable mug shots.

Cobain was arrested in 1986 for trespassing on an abandoned rooftop. A fairly minor offense considering the badass rep he would later become famous for. Cobain looks ruggedly handsome in his shot, a preface to the grunge era he would later pioneer.

Dobrev may not be anywhere near as iconic as Cobain but this mug shot deserves an honorable mention. In 2009 the then 20 year old actress was arrested for flashing her tits to an overcrowded highway. Whoever launched that complaint must not have blood running through their veins because who could complain about gams like those? Bowie was arrested in 1976 on a felony pot possession charge. At the time, the rockstar was playing the persona of the Thin White Duke, a known cocaine user, so this possession seems relatively tame by those standards. 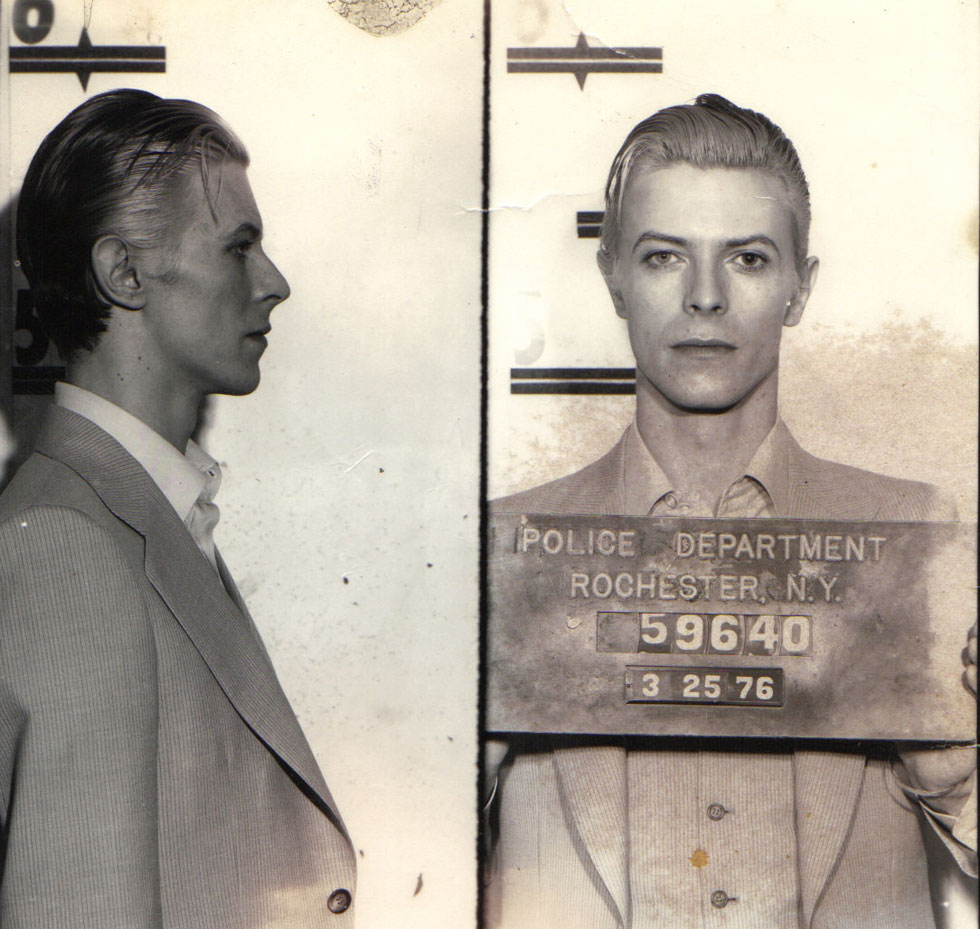 You can’t do a mug shot list without listing the queen. The socialite has been arrested twice in 2006, once for a DUI charge, the other for cocaine possession. The heiress likes to party hard.

Arrested in 1999 for stabbing a record executive at a Manhattan nightclub. Enough said?

The goddess of the mug shot. A record 23 arrests to her name, Lohan has done everything from a DUI to assaulting a woman outside of New York nighclub, Avenue. We just hope that 2012 marks the last of her felonies.